It was snowing that day (34 degrees)and we were glad that we really left our house early. We arrived at the 1000. We didn’t bring his stroller and his car seat as we already have 4 luggage. The line for check-in was not that long. We checked in our luggage with no problems. After we passed the security, I went straight to the store that sells milk. They didn’t have whole milk so I just bought the 2%. 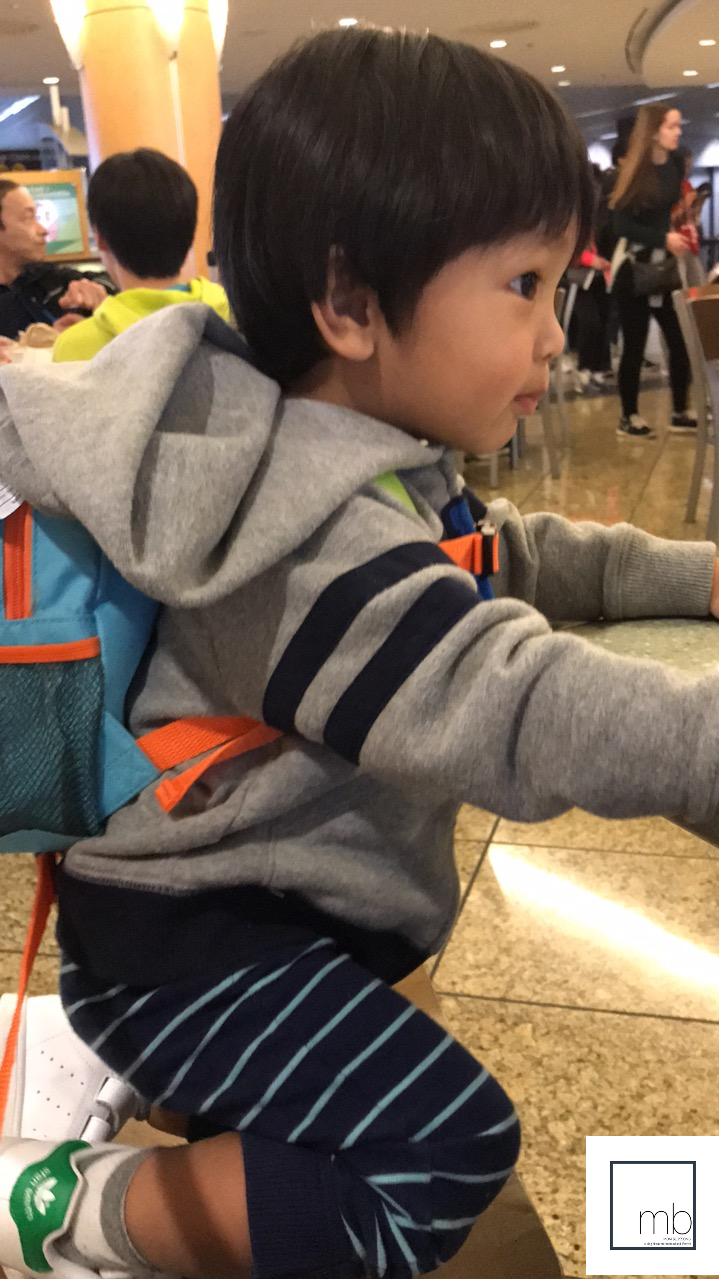 Our boarding time was at 1230. We decided to eat lunch first. No tantrums yet. Behaving well so far.

We fell in line as soon as they call for boarding. This time, my son was becoming inpatient and restless. Good thing they allow us to board first together with persons with special needs and those who were in business class. Once we were on our seat (we bought our son a seat), he was pretty much occupied at the buttons on the screen remote. During take off which he hated the most I think, he would not stay on his seat and was grabbing my arms. Thankful for the “Up” movie which calmed him down. He was well behaved for the first 3 hours then he started crying. He was so sleepy that he couldn’t get his sleep. A passenger gave him a snack bar which of course he didn’t even noticed. He was on the floor crying out loud for a couple of minutes. I opened one the kids app that I downloaded, thank God, it helped him stop crying. So I put him back on his seat, arrange the pillows and blanket and gave his milk. After 5 minutes, he fell asleep. And he slept for about 4 hours. The rest of the flight went fine. He ate his snacks, played his toy cars.

At this time, we were all tired and exhausted. Four more hours. My son was sleeping when we landed and woke up when we boarded the plane. He was quiet on his seat, playing the remote control (I am not sure why babies and toddlers have fascination on remote controls). No tantrums this time. He behaved really well. Finally! We just wanted to reach home, went straight to bed and get some sleep but not just yet. My son was awake, he just didn’t want to walk so I have to carry him while we were line at the immigration for about 20 minutes. Yey! At long last. We’re home!